I had a holiday. A real one. With sightseeing, staying at hotels, relaxing, not thinking much and definitely not worrying about work.

There were eight days of sunshine and one day of mild rain in mild weather.

Coming back to London was a little anti-climactic.

I spent my last day off work moving more of my stuff from my old place to my new boat. It was pouring almost the whole day.

If ever you need a free fitness course, move houses bit by bit, one to three trips a day for at least seven to ten days, always carrying a medium heavy load in both arms and something on your back. You get fit in no time, but it will hurt.

It’ll improve your sense of balance greatly should you move onto a boat that is exposed to tides as well.

The after effect I meant to address, though, is the one of the longest holiday, and I mean actual holiday, I’ve had in years.

My stress levels were remarkably low today and apart from taking my full lunch break, most of it outside the office at that, I also found myself unhurriedly running errands during that lunch break and not getting annoyed with anything or anyone.

I didn’t run anywhere and only overtook other people, when their slow pace was in the way of my long stride.

I was a little tired this morning, but mainly because I have to get used to living aboard and the early hour of my getting up. But I noticed that I did feel recharged coming back to work, never mind my reluctance to be back to begin with, which is a whole different story.

And walking around more relaxed is a certain sign that the holiday had the desired result and allowed me to take a much needed step back.

I had known that I needed a holiday for a while. On our first day in Riva del Garda we mostly walked around at leisure and it felt like the most relaxing thing ever.

I had a lovely holiday overall and it will be remembered fondly. For now I do need to hold onto the after effect a little longer and make it last as much as possible.

The downside of holidaying with others (no matter who they are or how close you might be) is the fact that I had little to no opportunity to write. I did write about that, though.

I did at least get to think a lot about writing and where I’m going next. I would never go on a holiday while seriously writing a book and most certainly seek the solitude I require.

I needed a holiday, maybe even from myself a little bit. 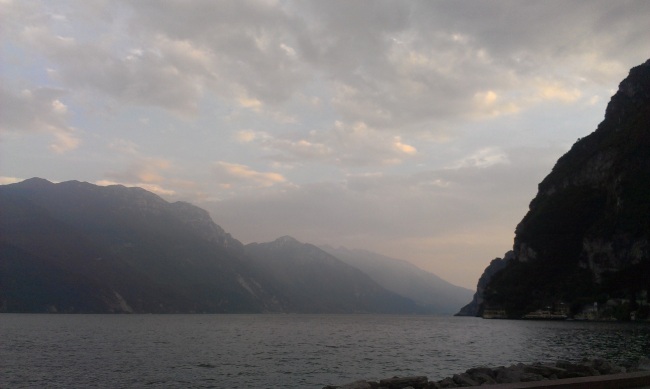 I am many things, most of them I am 100%, some of them 150%, none of them just half. I write, I read, I dream, I travel. I question. And I'm always looking for answers. No dream is impossible.
View all posts by 2clouds →
This entry was posted in Uncategorized and tagged #backtowork, #holiday, #notwriting, #reflection, #relaxing, #rest. Bookmark the permalink.